Therefore, women tie up a Rakhi or a sacred thread on their siblings or brothers there is hope that they will protect them from all the evils. The history of Raksha Bandhan in Hindu mythology, As per Hindu Mythology in Mahabharata, Draupadi, wife of the pandavas had torn the corner of her sari to prevent Lord Krishna’s wrist from bleeding. Thus, a bond, that of brother and sister developed to protect her.

The tying of a Rakhi is not confined to a brother and sister .It could also be tied by a wife to her husband, or by a disciple to the Guru. This bond does not have to be between blood relatives- a girl might adopt a boy as her brother by tying a Rakhi. This ritual not only strengthens the bond of love, but also make strong the bonding of family. When a Rakhi is tied on the wrist of close friends and neighbours, it symbolizes the unmatched bond of love, care and respect. It also conveys an essential message of universal brotherhood and sisterhood.

In our school, we have organized a competition for students to prepare Rakhi. Many students had  eagerly participated and made their own Rakhi’s and prizes also will be distributed to the students.

And moreover, few teachers have visited Diglipur, police station and tied Rakhi for some policemen.Successfully, we have celebrated Raksha Bandhan celebration in our school.

[Let us all tie up in one thread of purity, oneness and togetherness.] 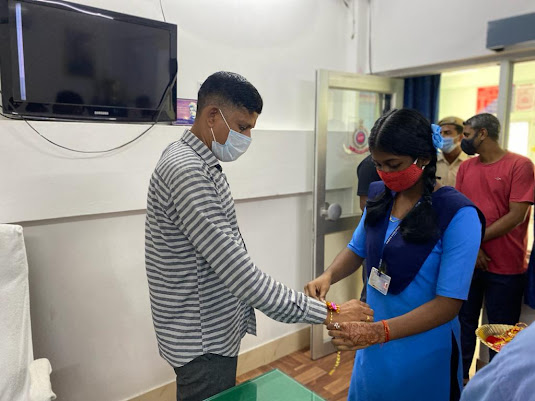 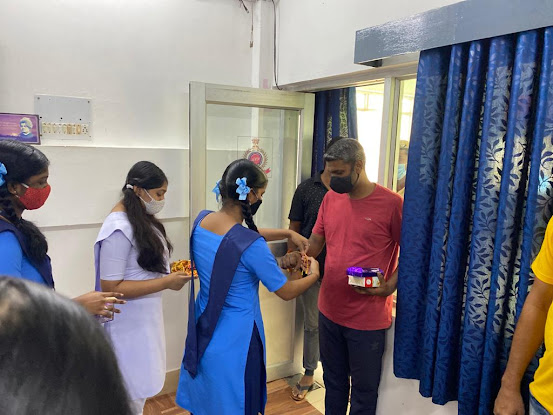 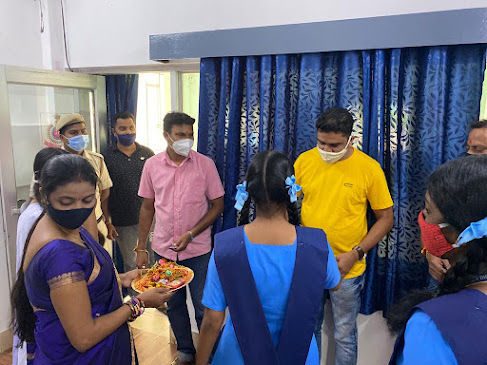 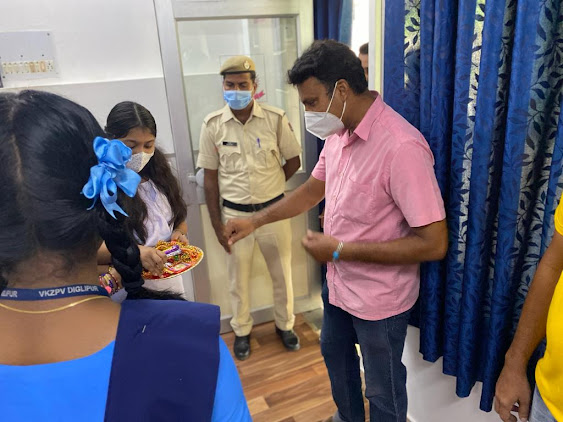